Some residents in Granada Hills have reported foul odors coming from the area around Sunshine Canyon Landfill.

In response, we contacted the South Coast Air Quality Management District (AQMD), and they have sent an inspector to the landfill to investigate the odors and measure air quality.

Anyone who wants to report foul odors or other air-quality related problems can call the AQMD at (800) CUT-SMOG. 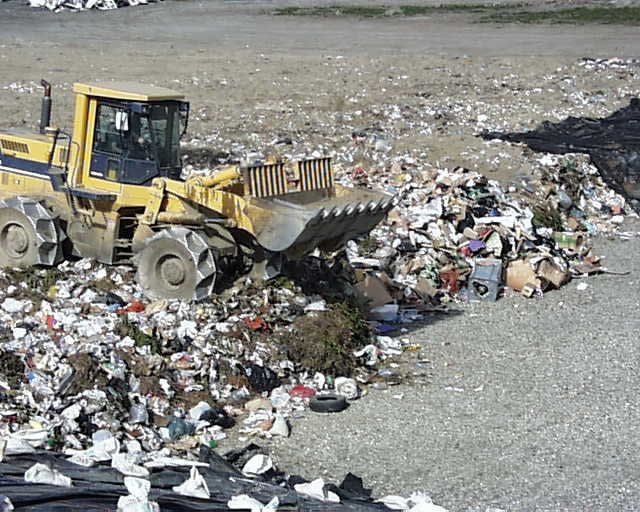 For those of you who have been experiencing odors from the Sunshine Canyon Landfill over this past year and who have been expressing a lot of frustration as to why it has taken so long to correct this situation, this letter is for you.

As a result of the complaints there were a series of seven hearings held in Granada Hills, Van Nuys, and Diamond Bar by the South Coast Air Quality Management District Hearing Board. After Republic/BFI made some operational changes and promised to conduct studies by their consultants as how to prevent odors in the future, the Hearing Board subsequently allowed them to continue operations using tarps instead of daily cover soil and to continue the practice of grading off dirt from the working face that had been placed over the trash on the weekend.

While the odors have lessened somewhat, due in part to some of these operational changes, the fact is that the Van Gogh School (one of the most impacted areas) was out for summer vacation, and the change in atmospherics (night drainage, prevailing winds) at this time of year was most probably the largest contributing factor to the decline.

However, we are suppose to be protected by the State, the County and the City of Los Angeles from any nuisance caused by this landfill. Because this situation has gone on far too long and because complaints continue, it is the County Task Force that has finally taken up this issue with the County Department of Public Works resulting in this letter to stop the aforementioned tarp and dirt removal practices . These two changes will result in improved odor control and potentially eliminate odors completely.

Click here to read the detailed report about this decision.

Several of our stakeholders have been reporting increasing odors from the dump. This explanation was written by Wayde Hunter, GHNNC’s Sunshine Canyon Landfill expert, in an attempt to explain to you why the odors are getting worse, and what you can do to help stop them.

Many years ago when BFI was the sole owner of Sunshine Canyon Landfill, we had problems with them but rarely were they odors. Since that time they were bought out by Allied Waste (who still kept BFI’s name) who also gave us problems, again generally not of an odorous nature. Several years ago BFI/Allied Waste was bought out by Republic (now the second largest disposer of waste in US) and they too kept the BFI name. However, along with the other violations the odor problem skyrocketed in late 2009. I personally believe that the problem is caused by a number of things:

Since late 2009 the South Coast Air Quality Management District (SCAMD) has cited them numerous times including issuing a Notice of Abatement for Odors which required them to make changes in their operation and to conduct studies to find ways to stop the odors. This order ran from March 2010 and continues today. Unfortunately, the odors did not stop although they were not as bad as experienced in late 2009.

Because the odors had not abated, the County of Los Angeles ordered BFI/Republic in September 2010 to stop using tarps as daily cover and to start using 9″ of clean dirt as daily cover and also ordered them to stop uncovering the working face. Again, while this has not stopped the odors it has prevented them from getting much worse and most likely has helped lessen them a bit.

While I know that this is of little comfort to you, the GHNNC and other organizations such as the North Valley Coalition, and the SCL-CAC continue to press the County, the City, and the SCAMD for relief from this situation. This cannot go on forever and the City and the County must make Republic/BFI stop this problem. There are other operational changes that can be ordered that can be ordered however I don’t believe that there is the political will to consider revoking their permit to operate.

The best help that you can be right now is to call 1-800-CUT-SMOG which is the SCAQMD’s hotline to report odors and continue to do it as often as there are odors. The SCAQMD will also ask what the smell is like and if you know where the odors are coming from. If you can say Sunshine Canyon Landfill or from the north if that is where you believe it originates OK, if not just say you are not sure. Encourage your neighbors to call if they too are smelling odors. The SCAQMD will send out inspectors to validate the odors (they are trained and can recognize the source) and if they can be traced back to BFI/Republic’s Sunshine Canyon Landfill “they will be given a Notice of Violation”.

It also never hurts to call your local Council District 12 councilman Mitchell Englander and complain. You can also be of further help to us by staying in contact with us and also to be added to our various distribution lists which will contain information as to what is happening and what meetings are occurring.

We urge you to attend an important meeting Thursday evening. 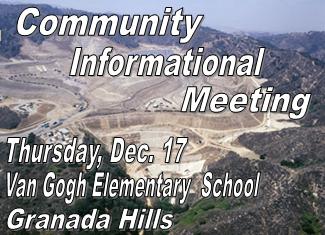 At the November 5, 2009 meeting of the Sunshine Canyon Landfill – Community Advisory Meeting, there was much discussion about the recent increase in odor events resulting from Sunshine Canyon Landfill operations and the South Coast Air Quality Management District’s (AQMD) current and potential enforcement efforts in response to those complaints and documented public nuisance situations. At that meeting, the various corrective actions available to the AQMD that could be employed/imposed for purposes of resolving the odor problem resulting from landfill operations were discussed. One of the options was the possibility of the AQMD filing a petition for an Order for Abatement with the AQMD Hearing Board in an attempt to bring the facility in to compliance with Rules and Regulations and the California Health and Safety Code, particularly as their compliance status relates to nuisance.

On November 17, 2009, the South Coast Air Quality Management District filed such a petition against Allied Waste Company, Inc., and Republic Services, Inc. dba Sunshine Canyon Landfill. The matter is scheduled to be heard and considered by the AQMD Hearing Board on the evening of Thursday, December 17, 2009, at 6:00 p.m. at Van Gogh Elementary School located at 17160 Van Gogh Street, Granada Hills, CA.

*** Please note that it was at AQMD’s request that this hearing be conducted in the community instead of at AQMD’s headquarters in Diamond Bar.

Click here for a copy of the Public Notice providing additional details about the hearing. During the hearing proceedings, the interested public will have the opportunity to provide testimony to the AQMD Hearing Board regarding this matter.